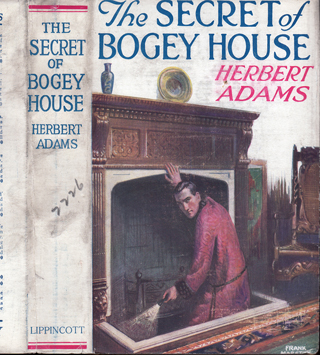 First Edition. Archie Gunn dustjacket art. Illustrated with scenes from the theatrical production. Novelized from the play of a young female stage actress and something of a tramp who tries to gain access into the world of respectability by courting the right man. Basis for the 1931 film directed by Jack Conway and starring Constance Bennett, Adolph Menjou and Clark Gable. Very Good, front inner hinge with some cracking, neatly repaired, in Very Good dustjacket, a little shorter than book as printed, some modest fading to front panel, spine mostly faded. Item #34549 Second Printing (true first has 1898 at title page). Amy Richards cover art and dustjacket design. Basis for the stage play produced in 1900 as well as the 1915 black and white silent film directed by Allan Dwan and starring William H. Crane as David Harum, and later the 1934 talkie with Will Rogers. This copy signed by the original theatre company playing David Harum including the signatures of Will Dupont, William H. Crane, Charles J. Jackson, Homer Granville, Charles Avery, William Ingersoll, Sheridan Tupper, Lois Frances Clark, Percy Haswell, George F. De Vere, Edward E. Rose, Will J. Dean and others. The book is also inscribed by Crane to fellow actor Will Dupont at front free end paper. Several of the signature belong to early film players including Percy Haswell who starred along with Mary Pickford in Daddy-Long Legs in 1919; William Ingersoll appeared in films from the 1930's and Charles Avery was an early silent film director and actor well known for being one of the original seven Keystone Kops; Edward E. Rose, a popular playwright of the period, wrote The Rear Car, The Rosary, Under the Red Robe, and the play version of Prisoner of Zenda. David Harum was William H. Crane's most popular theatre role starring in the original production as well as both revivals. Other plays that Crane starred in at the turn of the century include, A Rich Man's Son, Peter Stuyvesant, New Henrietta, A Fool of Fortune, The American Lord, The Price of Money, The Spender and others. A unique copy. Very Good tight copy housed in custom made box, leather spine with raised bands and gilt lettering, in nearly Very Good dustjacket, chipped at spine ends and flap corners, nickel sized chip at top rear panel, small chip at mid front spine edge. Item #34567 Reprint Edition (presumed First Printing with Mach Tey dustjacket art) African American author's second book. Mimi Daquin, 'a negro Creole girl with ivory skin and hair of reddish gold' passes, for a time, as white. In the New Orleans of her birth, Mimi never encountered the hierarchies of skin color that existed elsewhere. But when her family moves to Atlanta, she embarks on a lifelong lesson about what it really means to belong to a people. From the Atlanta riot of 1906 to her shameful expulsion from black bourgeois society because of an out-of-wedlock pregnancy, to her working-class status in Philadelphia and Harlem, Mimi eventually decides to escape her miseries by passing for white in New York City. There, her success exceeds her expectations but even so cannot quell a recurrent yearning. Although a reprint, this book is seldom seen in dustjacket. Scarce. Near Fine in Very Good dustjacket. Item #34461 Third Printing (same month as First). Maine set murder mystery in which a man looking for a good trout stream happens upon a beautiful woman who would be later that night murdered and whose murder he avenges. This copy with postcard inscribed and signed by Williams taped to front endpaper. Near Fine in a Very Good dustjacket with lower flap corner clipped, and 'Card Attached Signed by Author' note taped to spine using scotch tape. Item #34437 Fourth Edition. Rea Irvin dustjacket art and illustrations. Humorous novel about characters at a party that include a football player and 'a drink you under the table' viscount. Near Fine in Very Good dustjacket that has fourth edition statement on inside front flap with shallow loss at spine ends, few small edge chips, red color at spine faded. Item #34559 Presumed First Edition. C. W. dustjacket art. 'The human heart seems to throb with the same emotions whether the skin covering it be yellow, white, black or brown. These real letters from a real girl give us delightful glimpses into the inmost thoughts of a little lady of Cathay. Written in English picturesquely colored with Chinese'. Very uncommon. Very Good in Good soiled dustjacket, couple of dime sized chips, nicks and modest wear. Item #34515